The secret of a successful visual identity 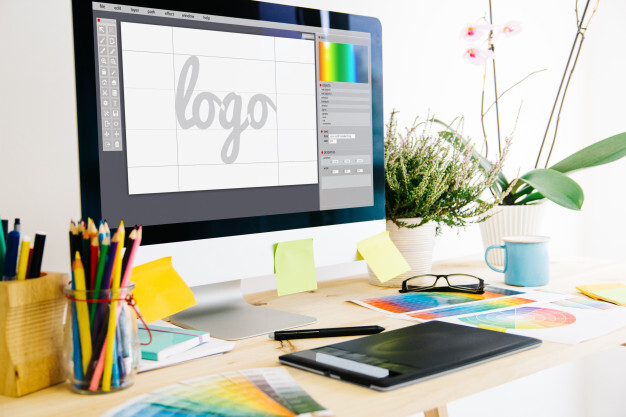 Visual identity is made up of a set of graphic elements that identify an entity.

The entity will need a name, a logotype, characteristic colors, typographies, etc…

“Graphic charter” has to be the name of the file allowing anyone in the company to have access to the company’s own identity.

The aim of this charter, is to enable a visual identity to be applied to all a company’s communication media. In fact, in 2020, during the digital era, we are talking about websites, email signatures, but also physical media such as emblematic business cards, postcards, flyers, commercial brochures and many others.

But in the end, are there some points more important than others for a successful identity?

Yes! Indeed, in the visual identity we will find a set of invariant points, which are the following:

– The logo, a founding element of a visual identity and which should not be neglected. It must be evocative, timeless, declinable and must be visible, understandable and easily memorable.

– The typography, a primordial classic offering your content a real identity and visual comfort to your readers. That’s why at WeLoop, we have chosen a typography pleasant to read because our strength is community communication. In fact, it’s the one that will carry your message, it’s visible everywhere, so don’t neglect it! Indeed, typography is a complex element, with its principles, its anatomy and its jargon.

– The colors, in all their importance … What a pleasure to see beautiful colors ! Using a chromatic palette allows you to keep a colorful harmony for your communication. It is also essential to understand and take into account the hidden meaning and effects on an unconscious level. Also, you should not choose the colors of your brand and your communication tools only according to your personal tastes. In fact, this choice should rather be made after careful consideration, as colors are an integral part of a strong visual communication strategy.

For example, the blue color that we have declined at WeLoop will want to represent the fields of technology, computer science but also other sectors such as aeronautics.

– The shapes and signs are essential points of recognition. Rounded shapes, with curves will give your visuals softness while straight, sharp shapes will give a more strict and aggressive look. That’s why, give shape to your visuals by taking into account the message you want to convey and by making sure to always keep the same signs. For example, an arrow should be the same wherever you put it, because it must be homogeneous on all your supports.

It’s quite an art!

– The layout is just so important because it is the one that concludes all the points mentioned above. In fact, having a nice typography, beautiful colors, sublime shapes but neglecting the layout, will give a bad appearance and will not reveal the full potential of your visual identity.

An identity is based on the logo and the graphic charter which establishes rules governing the use of the points of communication: layout, colors, shapes …

It is the consistency between all the media of a brand that allows it to exist.

The visual identity is like a complete universe, and as such, the identity can exist without the logo although it is fundamentally attached to it.

Promoting the company is the obvious challenge of a successful visual identity!

Let’s wrap it up!

To conclude, visual identity is as a landmark for all commercial, diplomatic and many other exchanges.

It must be easily recognizable, and therefore identifiable as the company’s identity.

It must also be perceived as a striking image in the public’s mind so that they remember it and that unconsciously each detail leads them to systematically attribute it to the company concerned.

This is how we will talk about the development of the popularity and notoriety of the company, a successful visual identity, a company well on its way.